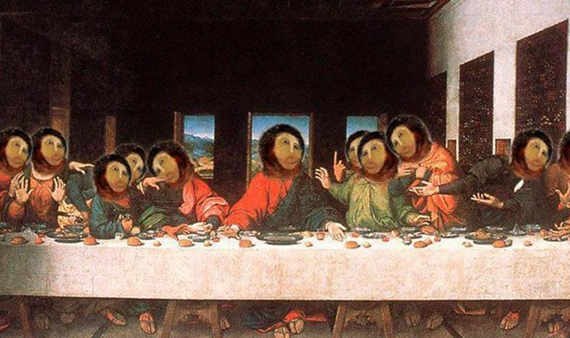 Cecilia Giménez, the octogenarian art restorer from Spain has become an Internets meme. When her church received a water damaged fresco, the elderly Spanish parishioner picked up paint and a brush and attempted to restore the work. Comedic hijinks ensued.  Local authorities threatened legal action while they insisted their number one priority was restoration.

Giménez’s cartoonish rendition of Christ has invaded popular culture. The Internets are collecting a series of Giménez restorations such as the one depicted above. Ironic art aficionados have even launched a petition to save her work from restoration.