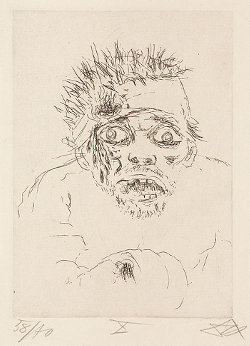 Description: The Somme was a horrific affair. The British opened with an artillery salvo that lasted for days. This fleeing soldier is depicted with what appear as relatively minor physical injuries. The nightmare of the assault will probably haunt him much longer...