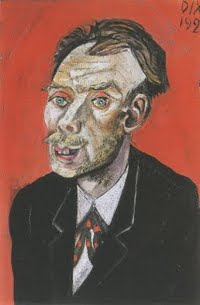 Description: Fritz Glaser was a wealthy Jewish lawyer and a modern art collector. That was two strikes against him when the Nazis came to power. He survived the Holocaust but his art collection was scattered. After the war he tried to track it down. This piece was hidden in plain sight at the Freiburg Museum of Modern Art. The museum bought it at auction from a private collector in 1959. Glaser may have sold it under duress as financial pressures mounted as a result of his racial persecution but the Freiburg Museum appears unwilling to further investigate and confirm its provenance.